The Screening Tool is a surveying software with an automated patient referral system. It is used to screen Medicaid and Medicare beneficiaries for social determinants of health (SDH) such as food, housing, transportation, and employement.

Back in the older days, their screenings used to be paper-based so the data was manually re-keyed and it was really hard to keep all the partners in the loop.

The referrals were also made manually, which meant that a lot of time was spent over the phone or exchanging emails. 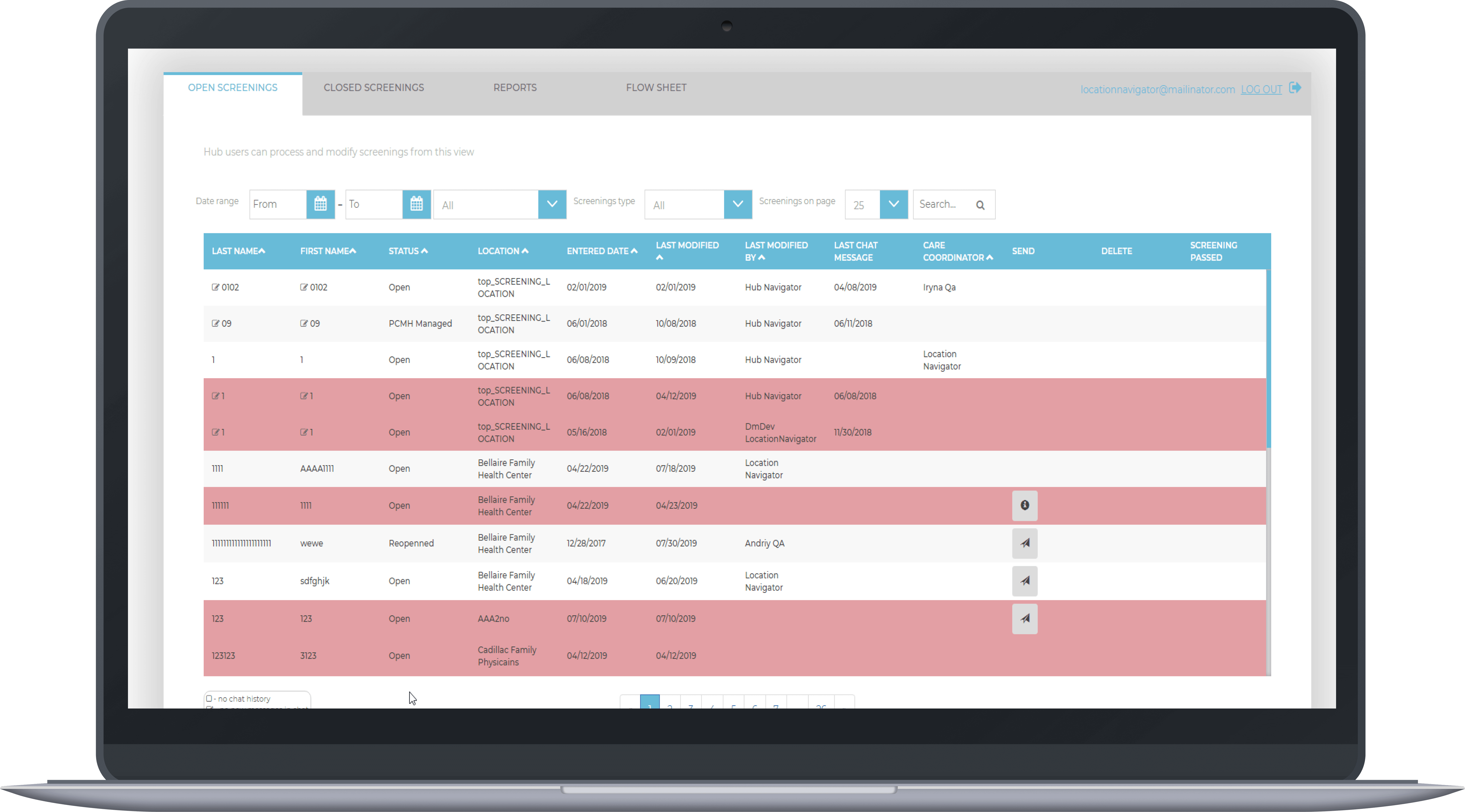 The new electronic system allowed our customer to make the process more consistent and keep all the records intact.

The app algorithm captures responses, identifies the person’s needs, and determines whether they’d like assistance or not. The referrals flow automatically through a centralized community navigation team, which saves time and resources and helps to avoid duplication.

In addition to that, our client and participating Emergency Departments were able to shorten their response time.

Customer was able to screen thousands of people in the waiting rooms using the Screening Tool. They’ve received excellent feedback from users and even demoed the app to other groups who might want to join up in the future.

Available in English and Spanish

Greetings! We use cookies 🍪 to make your experience simpler.

Any cookies that may not be particularly necessary for the website to function and is used specifically to collect user personal data via analytics, ads, other embedded contents are termed as non-necessary cookies. It is mandatory to procure user consent prior to running these cookies on your website.