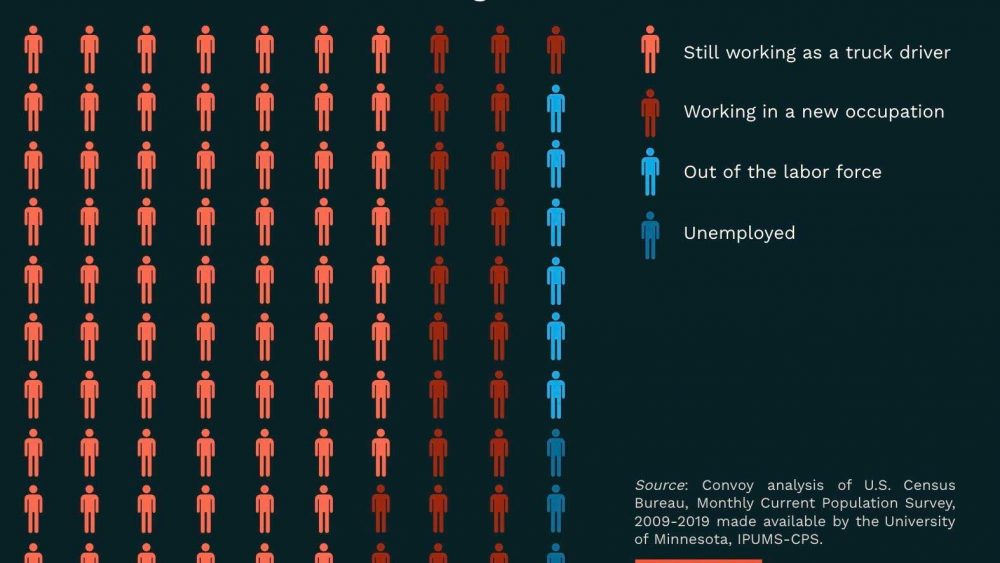 Driver turnover is notably high in the trucking industry — some companies see their entire driver pool change over each year. Such statistics would suggest a massive labor retention crisis. In this article, we’re going to figure out the impact it takes on the whole industry. God bless the Convoy research team for the data.

Nowadays, unemployment is at record lows while wages have been rising fastest for the front-line workers. However, trucking is out of the euphoria.

Low rates and increasing costs contributed to a harsh environment, and the strain on the industry is painfully visible. According to the Challenge, Grey & Christmas, layoffs in the logistics industry rose 35% in 2019 compared to the prior year. Bankruptcies accounted for nearly one-in-nine dismissals nationwide, the highest share since record-keeping began 15 years ago.

Convoy’s market analysis over the past 40 years suggests that, on average, the logistics industry moves from boom to bust and back every 3,5-4 years. Remember truckers flocking to the oil fields in the early 2010s? The string of recent bankruptcies has inspired some fears that drivers won’t be there when freight demand grows again.

Let’s take a look at people who worked as a driver at any point over the past 20 years, as well as what they were doing 365 days later. Were they still driving a truck? Were they still working but in a different type of occupation? Maybe they’re unemployed? Perhaps they quit the workforce altogether?

The research shows that a trucker will leave his job and change his career directly in line with the US averages. The career changes appear to have more to do with the pull of booms elsewhere in the labor market than the push from busts. Welcome to the logistics business!

In comparison with other professions, the share of truck drivers who leave trucking for a new type of work (among those who remain employed) is about average. It is approximately on par with elementary and police officers and school teachers, higher than jobs in manufacture and sales, and lower than among physicians, attorneys, and postal service workers.

After accounting for the changing demographics of truckers — factors like age and marital status — the odds that a trucker will change careers has increased over the past 20 years. Yet, the increase occurs during the mid-2000s and during the oil fracking boom of the early-2010s. Since 2015, it has been flat.

In the last 5 years, drivers exit the labor force entirely, while 10 years ago, it was nonsense. The analysis controls for age, so this is not the result of more and more truckers retiring. The average age of drivers who exit the workforce because they are unable to work is 46; among those who retire, it is 67.

After 10 years of economic development, the American labor market is experiencing near-record employment. But the trucking industry has been somewhat of an outlier: a rapid growth of supply during the prior 2 years, and increasing regulatory costs, a lot of logistics businesses have been forced to shut down over the past few months. As we said earlier, the industry is cyclical, and the tides will surely turn. But will these workers still be there when it does happen?

Looking at trends over the last 20 years helps understand where these fears might cause concern. The vast majority of drivers continue to haul loads each year. Meanwhile, every third one will exit the profession over the coming year.

Anyway, drivers are certified professionals with a considerable investment in their careers, so that they’re less likely to change jobs than people in occupations that do not require certification. 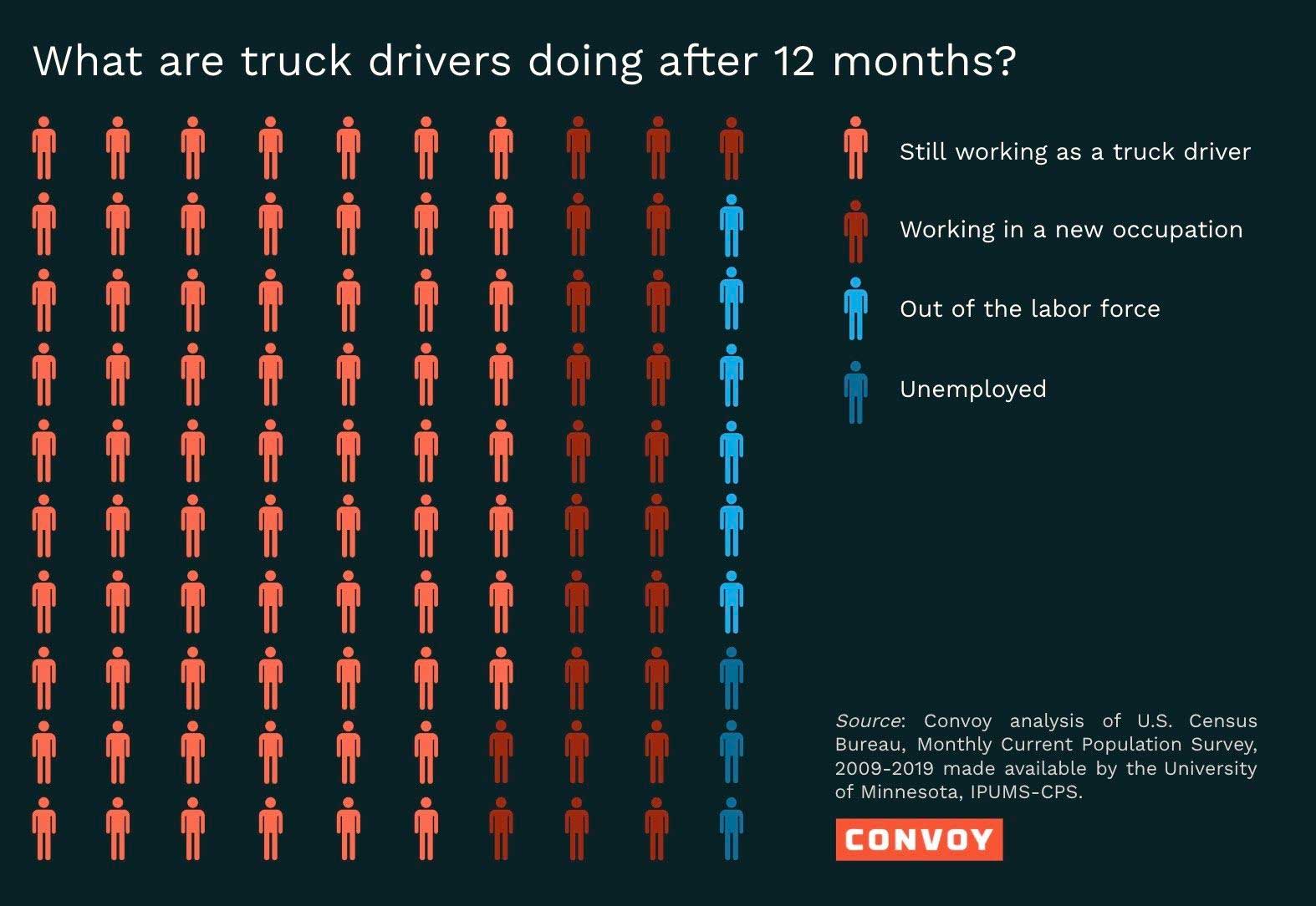 Article Name
Trucking companies and drivers’ turnovers dilemma
Description
Driver turnover is notably high in the trucking industry — some companies see their entire driver pool change over each year. Such statistics would suggest a massive labor retention crisis. In this article, we’re going to figure out the impact it takes on the whole industry.
Author
Alex Shpachuk
Publisher Name
Empeek
Publisher Logo

Any cookies that may not be particularly necessary for the website to function and is used specifically to collect user personal data via analytics, ads, other embedded contents are termed as non-necessary cookies. It is mandatory to procure user consent prior to running these cookies on your website.